Digressions from a moral code are often described as a series of small breaches that grow over time.

My own experience underscores this where, in my whistleblowing case against the CEOs of LeisureNet Ltd, a part of my testimony was revealing what had begun as small ethical breaches which resulted in cascading into significant legal breaches.

It all began with what were called ‘score sheets’. Chosen individuals, including myself, were given permission to offset personal expenses against their monthly salaries to reduce their income tax. What began as cosmetic expenses magnified to include costly antiques, overseas trips, and then motor vehicles and yachts. And then, an entire personal house purchase and subsequent re development. 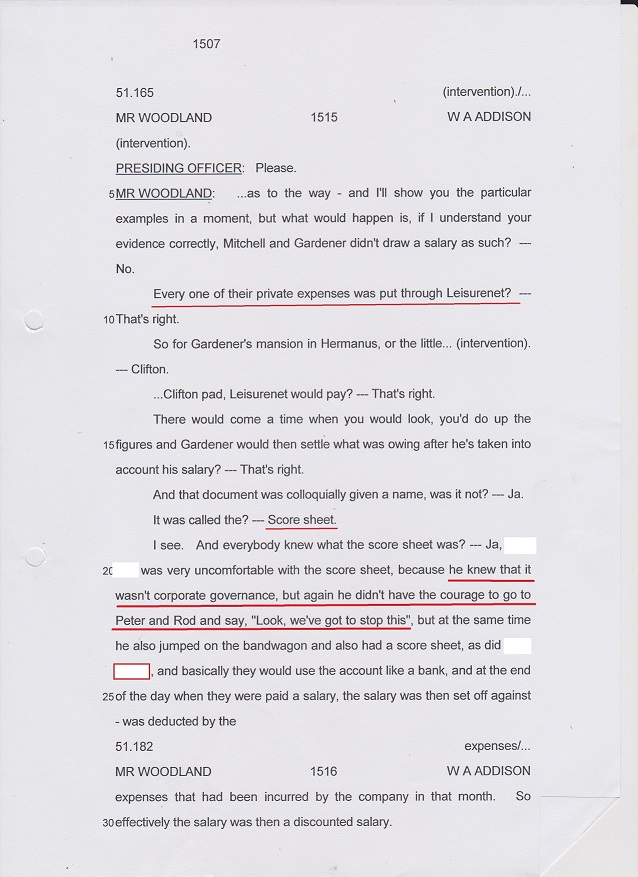 As in any practiced and repetitive behaviour, individuals became inured and unconscious to the small innocuous steps taking them down the, always descending slippery slope of unethical behaviours. That’s because our brains adapt to new behaviours, forging neural pathways of habituation.

Remember your first cigarette? Revolting right? But your body eventually inured you to them.

The habituation of a new behaviour doesn’t become entrenched in isolation, it is fed and fueled by situational contexts; inter and intra group influences plus systems that craft and support such behaviours. What I call the three Ss’ (Self, Situation, System)

In the LeisureNet case, each individual recognised they were sacrificing their own moral values. Naturally, to avoid self disapproval and subsequent lowered self esteem, they began looking around for confirmation that they were not alone. The result? A false sense of security supported by the rationalisation that ‘everyone else was doing it’.

Despite the dramatic impact of these acts on economics, policy and education, to date, there has not been a clear understanding of how and why small transgressions may gradually lead to larger ones. This is important because if we have the wrong theory about the slippery slope of self deception and dishonesty our solutions will be ineffective. We need to understand the mechanisms that pull us away from our moral values and learn how to interrupt them at source.

The current and prevalent theory of dishonesty is the theory of cost-benefit analysis ; that we think forward, long term, to the potential costs involved from a certain act.  As a result current policy determines that one big punishment will interrupt dishonest acts and other similar vices. For example, the death penalty will halt murderous acts. Really? You come home at night, angry with the world, pick up a knife in a rage and then think, ‘oh, we have the death penalty in this State, I’d better not do this’. This is not how we function.

Recent scientific research via Nature neuroscience has indicated that self-serving deceptions gradually escalate and that this happens in our brains. As in my example of cigarette smoking, the same applies to telling small lies which results in desensitising our brains to the associated negative emotions which in turn may encourage us to tell bigger lies in future.

The research findings uncovered a biological mechanism supporting the ‘slippery slope’ -what begins as small acts of dishonesty escalate into larger transgressions.  Previous neuroscience research indicates that it is the amygdala, the brain region associated with emotions, which signals the rate of adverseness to immoral acts. As dishonesty escalates, MRI scans show reduced activity in the amygdala. This signal reduction suggests that this brain region is sensitive to the history of dishonest behaviour, consistent with neural adaptation. Critically, the extent of reduced amygdala sensitivity to dishonesty on a present decision relative to the previous one predicts the magnitude of escalation of self-serving dishonesty on the next decision, predicting larger deceit in future.

Significantly the research found that dishonesty escalation was contingent on the motivation for the dishonest act. Specifically, while the magnitude of dishonesty was driven by considerations of benefit both to the self and to the other, the escalation of dishonesty, as well as the amygdala’s response (signal reduction) to it over time, was best accounted for by whether dishonesty was self-serving. When participants were dishonest for the benefit of someone else, dishonesty at a constant rate was observed. This is consistent with previous research that suggests the motivation for acting dishonestly contributes to affective assessment, such as when a person engages in dishonesty purely for the benefit of another which may be self-perceived as morally acceptable. Therefore a simple act of repeated dishonesty is not enough for escalation to take place: a self-interest motive must also be present. 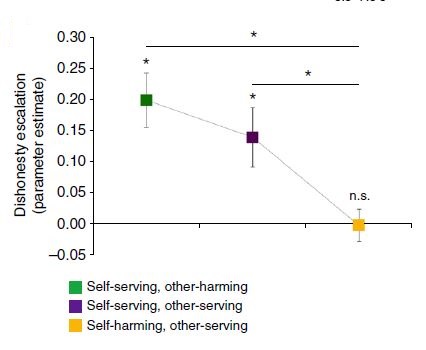 These results show the possible dangers of regular engagement in small acts of dishonesty, perils that are frequently observed in domains ranging from business to politics and law enforcement. These insights have implications for policy makers in designing proactive deterrents to halt acts of deceit.

The value of honesty does not always win.

However, there is hope. Flip this research around to recognise that whilst neural pathways are created and entrenched by the repetition of dishonest acts, the same applies for creating and building neural pathways that act as affective signals to help curb dishonesty. One of these behavioural interrupters is the ability to engage in Courageous Conversations. Reading one of my previous blogs on the  Seat of Courage is helpful reading.

Please get in touch; I’d love to be of service.