Courageous Conversations as The Healthy Alternative to Whistleblowing

There are many service providers using the catchy phrase ‘courageous conversations’ to market their workshops. The Courageous Conversations offering via SpeakOut SpeakUp Ltd is an evidence-based cognitive behavioural module which has been developed by Professor Emeritus Philip Zimbardo and Lynne Henderson, Ph.D., over the course of 25 years at The Shyness Clinic, founded at Stanford by Professor Zimbardo, and is based on over 50 years of psychological research, with key insights from neuroscience. 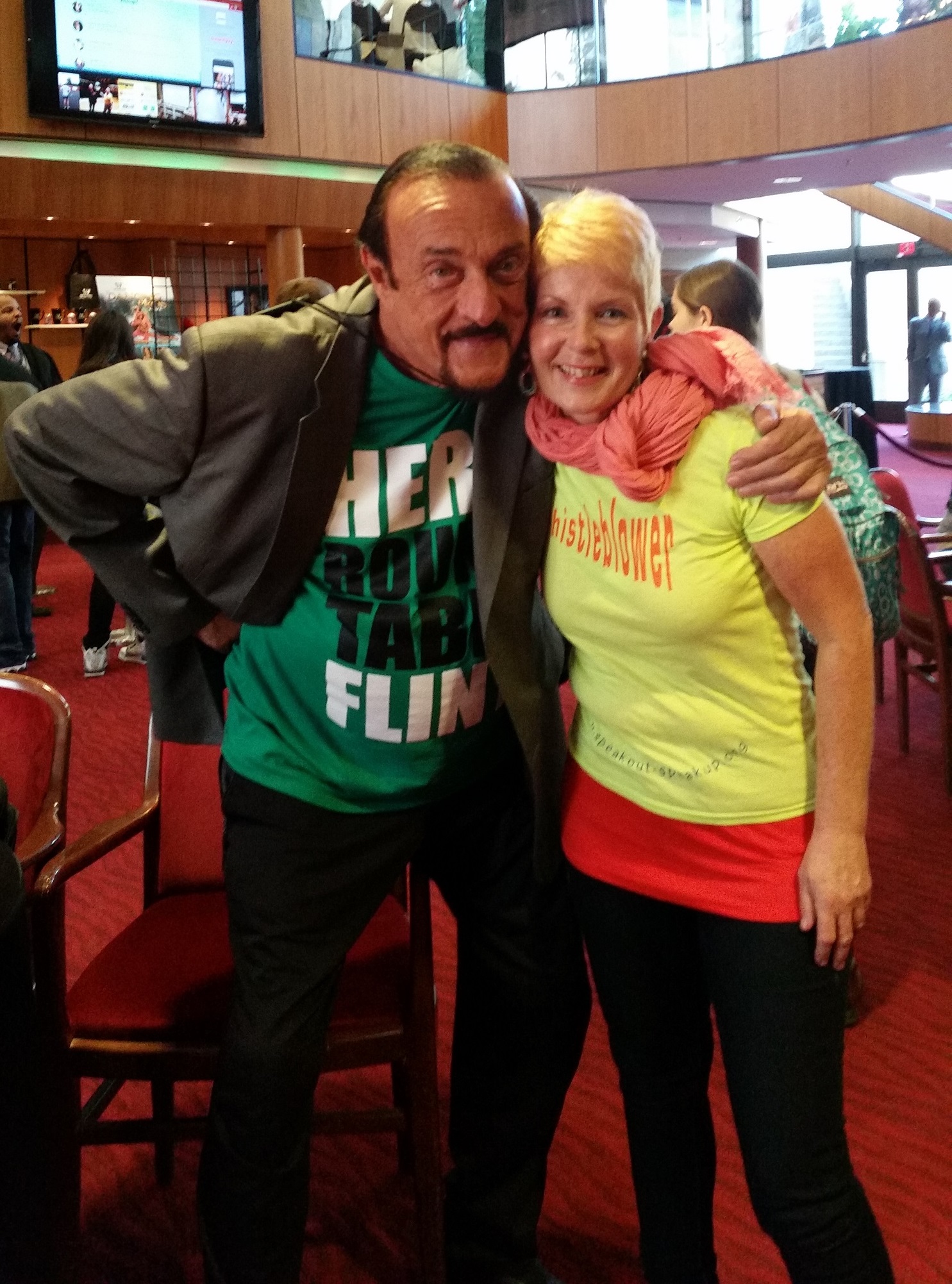 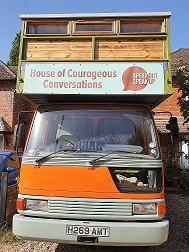 Speaking and Listening Up is Integrity in Action

The current narrative of ‘if you see something, say something’ is hopeful at best. And the narrative around ‘Speaking Up’ is becoming as homogenised as ‘Culture’.

Whilst a formal whistleblowing channel offers an opportunity to report wrongdoing, it’s too late in the game, promoting an ethical ‘fix-it’ frame which is partially effective. Additionally, the act of whistleblowing arouses psychological conflict, going against our innate values of loyalty and cohesiveness.

In contrast, the informal act of speaking-listening up via Courageous Conversations is before, or at least, early in the game, recognises and leverages from psychological variables and is therefore a more effective and robust avenue to mitigating unethical slippery slopes.

Courageous and effective leadership at work usually comes down to the ability to have Courageous Conversations of one kind or another with colleagues.  There are many subtle and not-so-subtle cues and pressures that can make it difficult to have Courageous Conversations.  Fear of doing it “wrong”, looking like we don’t know, being judged, misunderstood, or the risk of exclusion or retribution can keep us from speaking up and listening up for what we believe is right.

A Bespoke half or full day Courageous Conversation Growth-shop.

When it comes to Feedback it’s tempting to look for areas of agreement and ignore points of difference, but that catches up with you. It’s in the differences and tension that we can find a better answer.  Generative dialogue, no right and wrong, only better. imagine the positive impact to your bottom line as you, your team and your organisation engage more deeply, communicate more clearly and innovate more creatively

While not all feedback is negative, providing constructive feedback can make all parties feel uncomfortable, is often stressful, and requires more than mere logic and data points to relay an effective message. As a result, striking the right tone in delivery can be akin to walking a tightrope: Lean too heavily on data, and the message may be drowned out by the receiver’s emotional response to the information. Tip-toe around the message too much in favour of emotional safety and your feedback may lack substance.

A Courageous Conversations Growth-shop provides organisational tools to  build a shared language, to help minimise impulsive reactions and mitigate the likelihood that a receiver feels like feedback is either a personal attack or simply off-base.

A Bespoke half or full day Courageous Conversation Growth-shop.

Courageous Conversations for Diversity and Belonging

Courageous Conversations for Diversity and Belonging  Asking for a raise.  Ending a relationship.  Pitching for business.  Giving a critical performance review.  Saying no to someone in need.  Confronting disrespectful or hurtful behaviour.  Disagreeing with the majority in a group.  Apologising. Asking for help.

There is no such thing as a diplomatic hand grenade. Delivering a difficult message is like throwing a hand grenade. Coated with sugar, thrown hard or soft, a hand grenade is still going to do damage.  There’s no way to outrun the consequences. And keeping it to yourself is no better. That’s like hanging on to the hand grenade once you’ve pulled the pin.

Anytime we feel vulnerable or our self-image is implicated, when the issues at stake are important and the outcome uncertain, when we care deeply about what is being discussed or about the people with whom we are discussing it, there is potential for us to experience the conversation as difficult.

That’s because conversations are about what you are saying to yourself about you. Anytime a conversation feels difficult, it is in part precisely because it is about You, with a capital Y. That’s why we often avoid engaging in conversations because we fear how the conversation could make us feel about ourselves.

To understand key influences on human behaviour via the lens of Triple S: Self, Situation, System and how to make changes at all levels.

To identify, interrupt and change individual, group and organisational patterns: Learn to transform fear into skilful, consistent courageous action through using the narrative and hand rails for Courageous Conversations.

To build social support to make positive changes at the individual (Self), team (Situation) and Organisational (System) level: Learn to harness social support for greater perspective, learning and impact

The Courageous Conversations Team-Building and Practice

Five follow-up reinforcement sessions in-person, to ensure optimal and long term use of the Courageous Conversation tools.  These are consultant supported sessions where participants apply their new skills to real-life challenges.

In the sessions, participants refine their skills and continue to build team awareness, support and practices for long term behavioural change and cultural and organisational impact.

One-on-One coaching with managers looking for extra support as they provide, receive and encourage candid feedback and communication.  These coaching sessions help to surface the behavioural patterns that get in the way of effective leadership and serve to devise and implement plans to retrain dysfunctional reactions under stress with their colleagues

“Even months after our GrowthShops as Wendy calls them and as I now refer to them, I have members of our 12,000 staff begging for more of the sessions and to be able to meet with and speak with Wendy and hear her story” Angélique Parisot-Potter, Massy Group General Counsel, Caribbean

“This was the most engaging training I have attended in a long time. Wendy’s messages were really powerful.  The ability to have courageous conversations in our roles is a key skill” Compliance Officer, Nationwide Bank, London

“Wendy’s story was very moving and inspiring at the same time. Especially valuable was her call to speak up before an employee has to become a whistle blower. In her view, Courageous Conversations are the healthy alternative to whistleblowing. Wendy’s experience has encouraged Bosch to go further along the path of Courageous Conversations enabling employees to speak up.” Alfredo Barona, Head of Commercial Compliance (Powertrain Solutions /Robert Bosch GmbH) Germany

“Good session and an interesting trainer with very relevant background. Wendy highlighted the theory behind having courageous conversations and tools to help overcome barriers which can easily be applied” HR Nationwide Bank, London

What's worse than a difficult conversation? Avoiding one.

How to Speak Up about Ethical Issues at Work

How Virtual Reality can change how you Act toward Others

Your Body Language Shapes who you are

Manage Cookie Consent
To provide the best experiences, we use technologies like cookies to store and/or access device information. Consenting to these technologies will allow us to process data such as browsing behaviour or unique IDs on this site. Not consenting or withdrawing consent, may adversely affect certain features and functions.
Manage options Manage services Manage vendors Read more about these purposes
View preferences
{title} {title} {title}