Word-Deed Misalignment – Do You Walk Your Talk?

Word-Deed Misalignment – Do You Walk Your Talk?

Ever had any of these said to you?  Perhaps you’ve said them yourself to others?  The bigger question is ‘did you follow through?’

Recognition that another persons’ words align with followed through actions is critically important for the development of trust and source credibility which Aristotle and contemporary scholars suggest is the most potent means of persuasion.

With this blog I’d like to create conscious consideration of the virtues of ‘walking your talk’, of aligning your verbal integrity with behavioural integrity and of fitting these elements together into a seamless, whole, like a jigsaw puzzle. I hope to highlight an issue that is problematic in today’s organisations and managerial environments which has important organisational outcomes.

We’re all at the mercy of the intent – behaviour gap. This gap means that our underlying motives and our outward actions don’t always go hand in hand. We can thank Mother Nature; she has – to a large degree – wired our brains for inattention and inertia. Managing behavioural integrity is no simple feat, but we can learn and practice to do better.

I’ve touched on this topic in a previous blog  where I shared “ I was utterly fatigued by walking into reception areas of corporations displaying their values in an explosive, eye catching fashion, whilst at the same time being required to service ongoing financial penalties for acting against those same values. I walked into many rooms named for people and institutions that don’t mean well for the world, and then in those rooms there’d be talk and talk about making the organisation and the world better places. Much of the time, these organisations throng with executives struggling just to find out what is going on. I began to understand that the unreturned phone calls, the silence post meeting spoke more to the sound of their dysfunction” 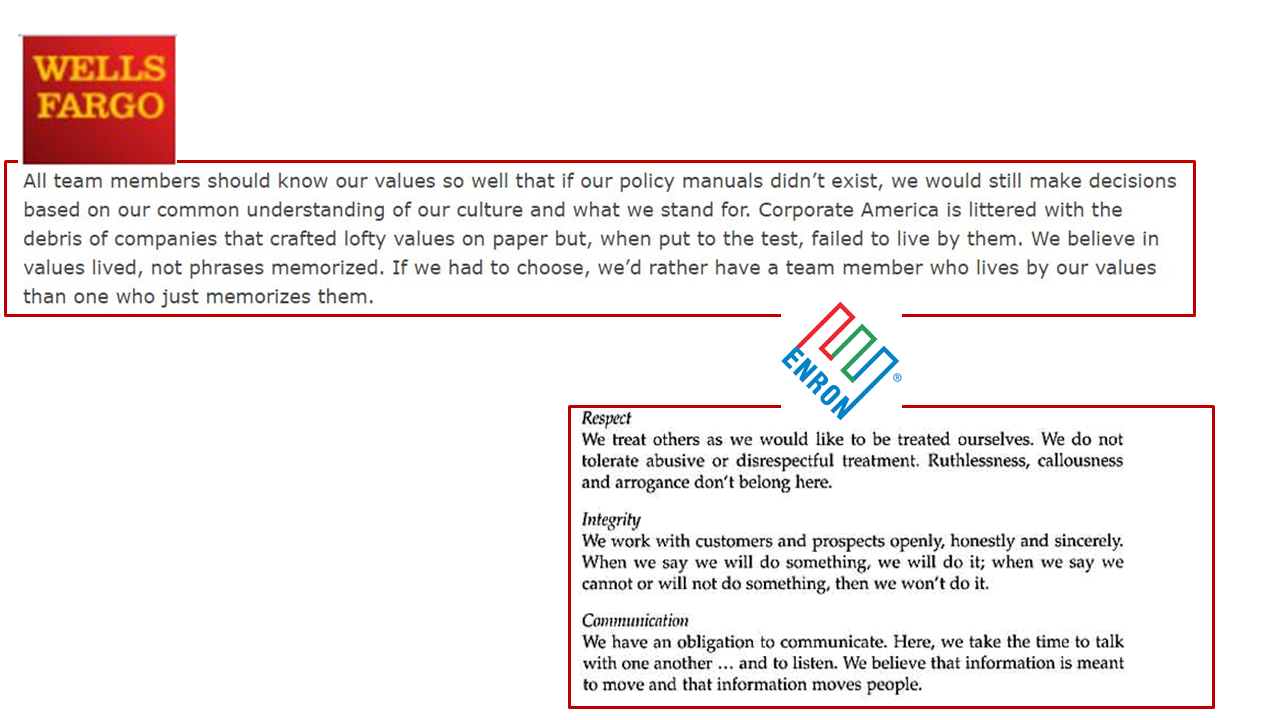 Behavioural integrity is a central but manageable antecedent to trust. When we’re the recipient of verbal integrity, we become vulnerable because of an expectation of co operative actions raised by the other person. It’s the equivalent of a psychological contract, which when broken is downgraded.

There’s an array of individual responses to official organisational slogans and mission statements that are unsupported by actual systems in the organisation. Some employees will become increasingly frustrated as they attempt to bridge the large gap between the espoused and actual values. Others will become cynical and contemptuous of the leadership. The majority, however, will learn to compartmentalise or dissociate the “speaking” and the “action” parts of their work resulting in inauthenticity and disengagement.

It is true that in many organisations a manager’s path to success seems to lie in verbal endorsements of espoused values, coupled with actual behaviour that is in line with more widely accepted implicit norms and standards.  Many managers respond to this kind of environment by accepting it and by minimising their awareness, self-acknowledgement and examination of any incongruity between their words and deeds.

We see this in organisations espousing a “speak-up environment” where employees attempt to speak up the chain of command only to experience their manager as defensive and unreceptive. This in turn may lead managers to becoming guardians of unethical behaviours. The outcome for the employees is that they will infer value incongruence with their manager from their experience of their manager’s word-deed misalignment and come to trust that manager less and less and indeed, speak up less and less. And that is because behavioural integrity is necessary for the establishment of trust.

If leaders are not clear about what they believe in, they are much more likely to change their positions with every fad or opinion poll. Without core beliefs and with only shifting positions, would-be leaders will be judged as inconsistent and will be derided for being “political” in their behaviour.

Those managers who have low tolerance for hypocrisy, or little “schizophrenic capacity for keeping disparate roles apart” are likely to become depressed in such an environment.