Why Didn’t You Just Ask? Are You Underestimating Your own Influence on others?

Why Didn’t You Just Ask? Are You Underestimating Your own Influence on others?

Like most whistleblowers I felt utterly alone before and after speaking out, especially in the knowledge that my peer group knew what I knew but had remained silent. 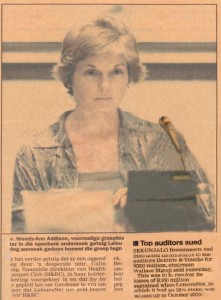 But what would or could have happened if I had asked individuals in my group to join me in speaking out, to become allies?  Just considering this leads me to come to an untested and biased conclusion; ‘No one would have joined me’.  Is this true or is it just what we expect to be true?

Research by Vanessa K. Bohns, from Cornell University, and her colleagues suggest that we are mostly pessimistic about getting others to respond and comply with our requests for help. Before imposing on someone else for support or assistance most people want to know whether that person is likely to say ‘yes’ or ‘no’ in response.  If they believe the potential supporter is likely to say ‘no’, they will either withhold their request or ask someone else they think would be more likely to agree.  The risk of being denied help is real and meaningful, not just because the person looking for support is denied valuable assistance but because rejection can be awkward and uncomfortable.

No one likes being rejected. As a result, we avoid requesting support from those who we think will not agree to provide it. But are we accurate in estimating whether others will be willing to comply with our requests for support or help, or do we wrongly assume that we will be rejected when this is not the case?

Bohns’ research found that people generally underestimate the likelihood of compliance in making a direct request for help, in part, because they fail to fully appreciate that although it is difficult for those asking for help to risk rejection, it is also difficult and mostly embarrassing for potential helpers to offer rejection. Indeed, those asking for support fail to appreciate the awkwardness of saying ‘no’ to a request. Recognising and overcoming this paralysing, and in many cases unfounded, fear may bear meaningful consequences, not just for individuals but for the good deeds they hope to accomplish.

Thanks to an extensive and enduring literature on conformity, compliance, and persuasion, social
psychologists have a fairly good understanding of what makes us susceptible to others’ influence (Cialdini & Goldstein, 2004; Petty & Cacioppo, 1986). One of the most basic influence tactics is a direct request. To procure a higher salary, we can ask our boss for a raise. To garner support for our cause, we can ask people to sign a petition or join us in voicing concerns. Yet the simplicity of this tactic belies the dread many people feel at the prospect of asking.  Potential requesters stress about imposing on others, feel self-conscious about revealing their shortcomings, and fear the worst—rejection.

When those requesting help or support estimate the likelihood that others will comply with their requests, they tend to focus on more tangible information, such as the instrumental costs (e.g., time, money) a target might incur by agreeing to a request, and largely ignore a target’s concerns with their own embarrassment. And whilst the motivation to avoid embarrassment drives much of social behaviour, most people do not consider this motivation when requesting help or support.

In terms of voicing a concern about illegitimate practices I believe individuals poised to speak out focus on the possible instrumental costs, such as status or short term reputation. Perhaps, instead, we ought not to ignore the target’s concerns with long term embarrassment, shame and regret, in addition to the possible long term damage to their status and reputation if they don’t respond to a request for support.

Whilst context is relevant, it’s not that significant. Would those targeted only react favourably to requests for ethical support or help?  It appears not, which speaks to our vulnerability to situational influence. Bohn’s research included participants asking strangers to vandalise a purported library book by writing the word “pickle” in pen on one of the pages. A number of individuals approached by the participants voiced their discomfort, expressing concern with getting into trouble, referring to the request as “vandalism,” and conveying a general reluctance to participate. Nevertheless, more
than 64% agreed to vandalise the book—a far cry from requesters’ prediction of 28% (Bohns et al., 2014).

Mostly unknown or recognised is that it is much more awkward—and therefore less likely—for someone to say “no” to a request asked directly and face-to- face than one asked indirectly or over e-mail. When Bohn’s research varied request directness by manipulating how a request is posed—either indirectly, by dropping hints (“I could really use a break right now . . .”), or via a direct request (“Will you give me a break by filling in for me?”)—they found that targets said they would be more likely to comply with a direct request. In contrast, those asking for help expected indirect requests to be more effective.  Of interest, they found that those requesting support mistakenly assumed that someone who said “no” to an initial request would be inevitably more likely to say “no” to a subsequent request.  Outcomes indicated that those targeted for support had found it just as uncomfortable—seemingly more so—to refuse someone a second time.

It’s meaningful to understand the influence we have over others. Accurately predicting others’ reactions to emotional situations is an important part of everyday social life.

Can we tell when another person feels uncomfortable with our request but feels she or he can’t say “no”? Do we know how much more effective our persuasive appeal is likely to be if it is made face-to-face rather than over e-mail? Do we appreciate that saying ‘no’ to a second request is very difficult? Do we realise that a playful suggestion made could emboldened someone to engage in a behaviour we didn’t mean to condone?

Fourteen years after I had blown the whistle on corruption in South Africa, I received an email from the CFO who had headed up one of our offshore divisions. It confirmed that I had never been alone in observing corrupt practices.  It seems as though I could have asked for support. I wished I had.

Asking for help and support requires a Courageous Conversation, which is a learned skill.  Visit the link to my Services page to find out more.