“Get down, get down. Arms behind your back. Don’t move.”  I turned around to see two policemen, guns held out and pointed at a group of people sitting on the pavement. I perceived the targeted group to be middle aged hippies from the Woodstock era, apparently stoned and certainly no threat to anyone else.  Alarmed, I began to vocally question why such force was necessary but was quickly silenced by my American hosts, who warned me not to get involved as I may be perceived as an additional risk. Further questioning led me to understand, but not appreciate, that police in the US are trained to ‘remove the risk’ as a practical first step to engagement. This was viewed as practical and expedient.

Was this ‘practical and expedient’ attitude co-opted in creating the US 2010 Dodd Frank whistleblowing incentive scheme to encourage people to do the right thing and speak out? Let’s explore.

In every whistleblower case, each individual decides that some combination of factors favours blowing the whistle over silence.  The issue of sequencing begins with an introspective process. To illustrate, my own introspective journey unfolded as follows:

This is not a linear process, there is much introspective push and pull with a beginning and an end with some kind of direct connection between them all.  It’s an emotionally and cognitive laden process charged with psychological and emotional conflict. The antecedents to whistleblowing should therefore not be viewed only through rational, legal and economic prisms.

The primary motivation for most whistleblowers is to halt an unethical practice fueled by a drive for what’s fair and just. These psychological and emotional drivers are universal, intrinsic, often intuitive and exclude an expectation for a reward to do the right thing. This is backed up by research by Adam Waytz, an Associate Professor of Management and Organisations and shared in his article, ‘Whistleblowers are Motivated by Moral Reasons Above Monetary Ones’ 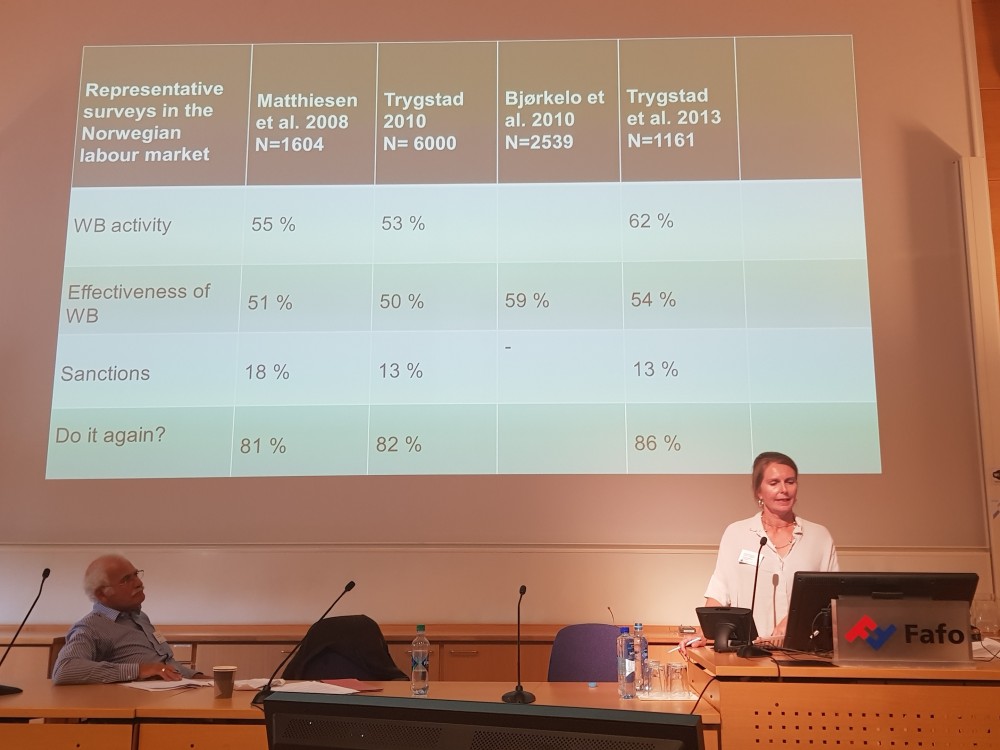 Finally, from a whistleblower who had inadvertently discovered that their CEO had been defrauding the company, described the devastating consequences of speaking up: not only did he lose his job, but his family came apart as well. Asked whether he would blow the whistle again, had he known the consequences, he replied quickly: “Absolutely not!” Then, wracked with distress, he said: “But how could I not have?”

Even with the consequences so brutally apparent, this executive felt so strongly that speaking up was the morally right choice that he could not have lived with himself had he stayed silent. I’ve written about the residue of shame and regret that is left from observing an abuse of power and remaining silent.

Retaliation
Mostly all whistleblowers suffer from retaliation. I have written about some of the drivers for retaliation in a previous blog. Worringly there’s been a steady increase in retaliation cases across all US statues from 1997 to 2016, as these statistics from the US Equal Opportunity Employment Commission indicate 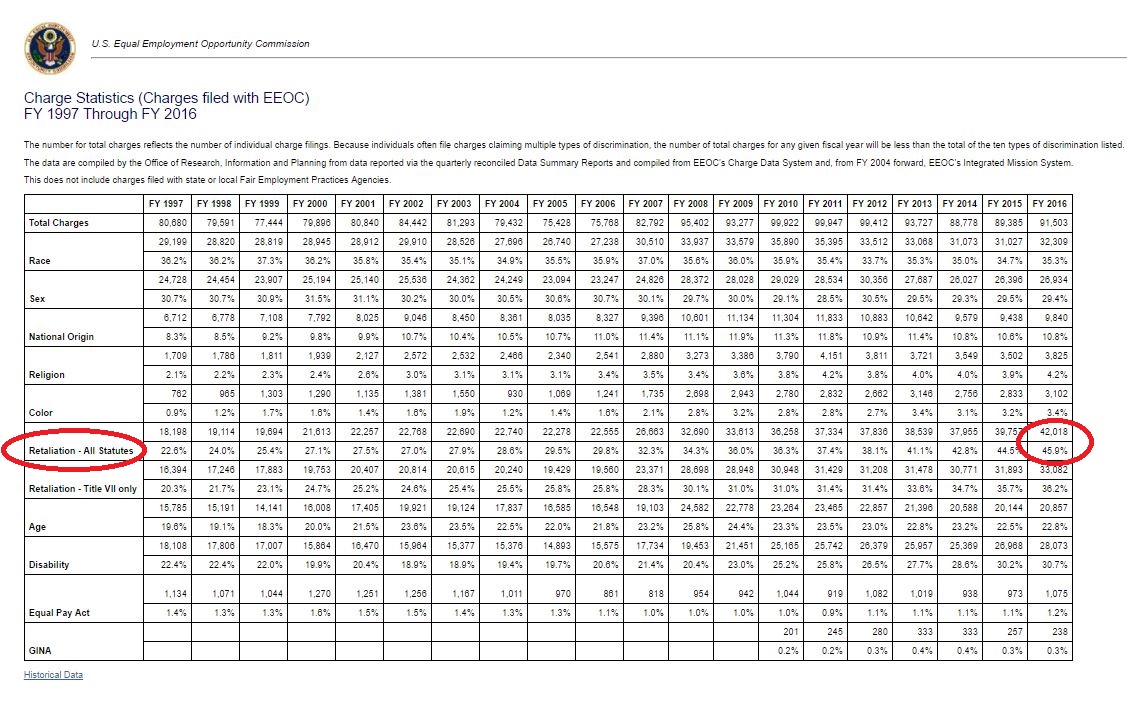 Might the rewards for whistleblowers be responsible for the increased levels of retaliation that are currently being recorded? Certainly any increase may be due to increased intra firm adversarialism, especially in light of Yates memo, which has individual accountability and prosecution at the heart of the DOJ’s corporate enforcement strategy.

Much of the work that’s been done to date has been to persuade organisations and society to view and value Whistleblower actions through a moral prism. The reward system negates this work as it invokes viewing Whistleblowers through a financial gain prism, leading to them being devalued and possibly increasing retaliation against them.

I want to return to the ‘practical and expedient’ attitude I shared at the beginning of my blog. Is the US statute’s goals to promote whistleblowing through financial incentives rather than protecting whistleblowers from retaliation?  I would suggest that the belief that the social value of disclosures of serious fraud being a better tool than anti retaliation provisions for maximising effective whistleblowing is a demonstration of ‘practical and expedient’. It also has a whiff of the Trolley dilemma about it where it is permissible for one person to be sacrificed (whistleblower retaliation) to save five others (Society knowledge about corruption).

The retaliation suffered by most whistleblowers has been linked to a ‘social death’ with US philosopher and psychologist, Williams James expressing that there is “no more fiendish punishment could be devised than social ostracism” . This ‘social ostracism’ is long term, perhaps forever and I do not believe a monetary reward magically provides the keys back into society. After all, a rich whistleblower is still a socially ostracised whistleblower. See my previous blog ‘Are Whistleblowers Saints or Sinners? Are Felons Villains or Victims?

The SEC reward program essentially corrupts the terms and conditions of employment with the Whistleblower becoming a hired gun for the SEC. This position risks the Whistleblower losing her seat at the table of compliance and contaminates the Whistleblower institution as a moral enterprise. Whistleblowers are in service to shareholders and the public, not the agency. The reward program doesn’t empower individuals to do the right thing, it makes no moral demands on Whistleblowers. Instead it judges their worth solely by the quality of their tips that are in turn judged by whether or not the information they provide leads to an increase in the number of successful prosecutions. There is nothing about this mere instrumentality approach that suggests it’s reasonably calculated to serve human goodwill. Instead it reduces Whistleblowers to being mere agents of the SEC, incentivising harm to them by prompting them to act for merely instrumental reasons.

Suggestions
The solutions to Whistleblower retaliation are more comprehensive protections and legal remedies, not simply more financial incentives on the front end. There are several gaps in the existing anti retaliation laws that US congress (and other countries) should address immediately if it’s serious about achieving justice to corporate Whistleblowers.