Will The ‘Smartest Men In The Room’ Hear Your VOICE?

Will The ‘Smartest Men In The Room’ Hear Your VOICE?

As a corporate professional operating as the Group Treasurer at Board level I found myself being the only female executive in my team.  As a result, I was mainly excluded from what I experienced as gender orientated-tribal behaviour; the back slapping boys club, often spoken over or crowded out. I was an outlier. However, it is because of this outlier positioning that I felt I had greater permission to speak out against the group when unethical intentions arose. 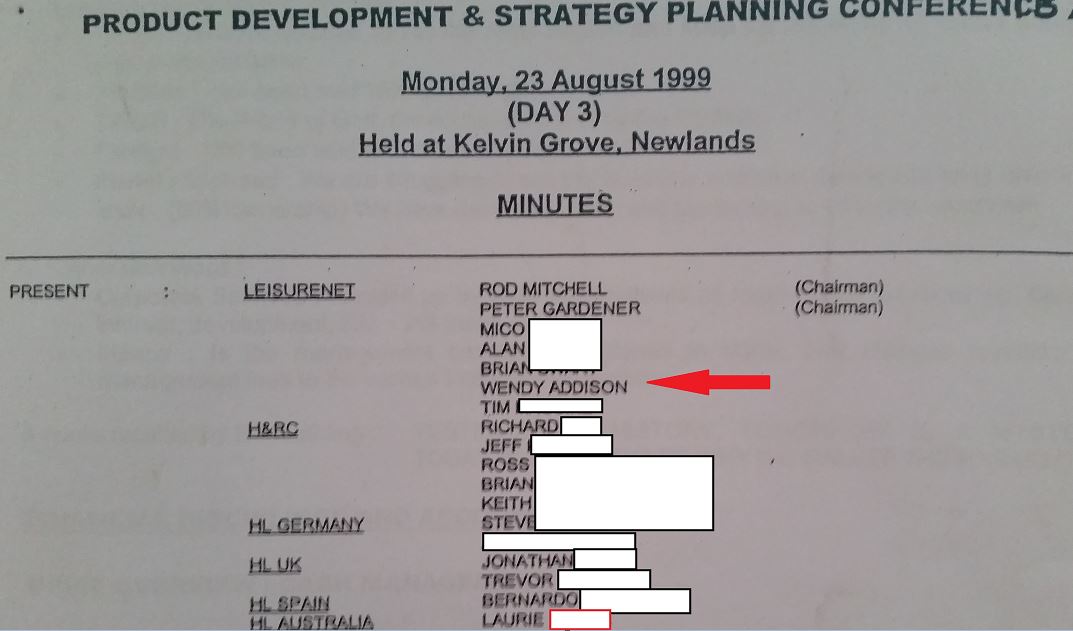 But here’s the thing; having men as the majority of members in a group dumbs down the collective intelligence of the team which in turn impacts its overall general efficacy. It turns out that groups are collectively more intelligent when females are the majority. Alongside research one only has to consider Enron and their ‘Smartest Men in the Room’ epitaph to appreciate the reality of this. 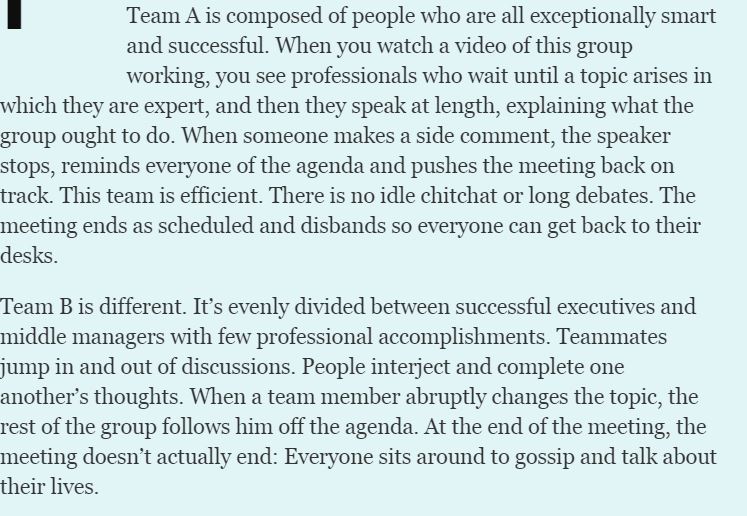 Which group would you choose to join?

Research suggests that Team A may be filled with smart people, all optimised for peak individual efficiency.  But the group’s norms discourage equal speaking: there are few exchanges of the kind of personal information that lets teammates pick up on what people are feeling or leaving unsaid.  There’s a good chance the members of Team A will continue to act like individuals once they come together and little to suggest that, as a group, they will become more collectively intelligent.

In Team B people may speak over one another, go on tangents and socialise instead of remaining focused on the agenda.  The team may seem inefficient.  But all the team members speak as much as they need to.  They are sensitive to one another’s moods and share personal stories and emotions.  They show up. While Team B might not contain as many individual stars, the sum will be greater than its parts.

Most of us have experienced a senior manager who just talks and talks resulting in everyone becoming too scared to disagree with him or her.  Even though everyone likes this person outside the group setting, when they get together as a team they experience frustration and resentment at the one person showing their authority by speaking louder and over everyone else in the group.

Previously, when intelligence was examined in groups, it was analysed as a function of the individual intelligence of the group members. These studies by Hackman, 1987; Ilgen, Hollenbeck, Johnson, & Jundt, 2005; Larson, 2010 focused on a specific task and tried to characterise what leads most groups to perform well on that kind of task.

Current research on Collective Intelligence (Woolley, Aggarwal & Malone 2015) focused instead on the general ability of a particular group to perform well across a wide range ofdifferent tasks. The tasks included creative brainstorming problems, puzzles involving verbal or mathematical reasoning, negotiation tasks, and moral-reasoning problems. They named their outcomes the ‘C’ Factor and the results were surprising:

Returning to Team A or Team B choices; if you were comfortable to look past communication inequality in terms of turn taking, do not be placated.  Even if Team A, which discourages equal speaking has group satisfaction, social cohesiveness and psychological safety, these factors do not contribute to group collective intelligence (Engel et al., 2014; Kim et al.; 2015; Woolley et al., 2010).

This suggests that collective intelligence is something distinct from a metric of relationship quality in groups.

Success is often built on experiences of emotional interactions and complicated conversations and discussions of who we want to be and how our teammates make us feel.Communication, empathy and conversational turn-taking are the building blocks of forging real connections and part of the same unwritten rules we often turn to, as individuals when we need to establish a bond.

In closing, I’d like to add an additional C to the ‘C’ Factor – the CC factor, which stands for Courageous Conversations, Collective Conversations and Candid Communication. Call it what you will, research confirms that supporting group members to engage in equal communication raises their collective intelligence, leading to better outcomes.

Never underestimate the power of giving people a common platform and operating language.