We all have one. Size doesn’t matter. Our Brains hold the Seat of Courage

We all have one. Size doesn’t matter. Our Brains hold the Seat of Courage 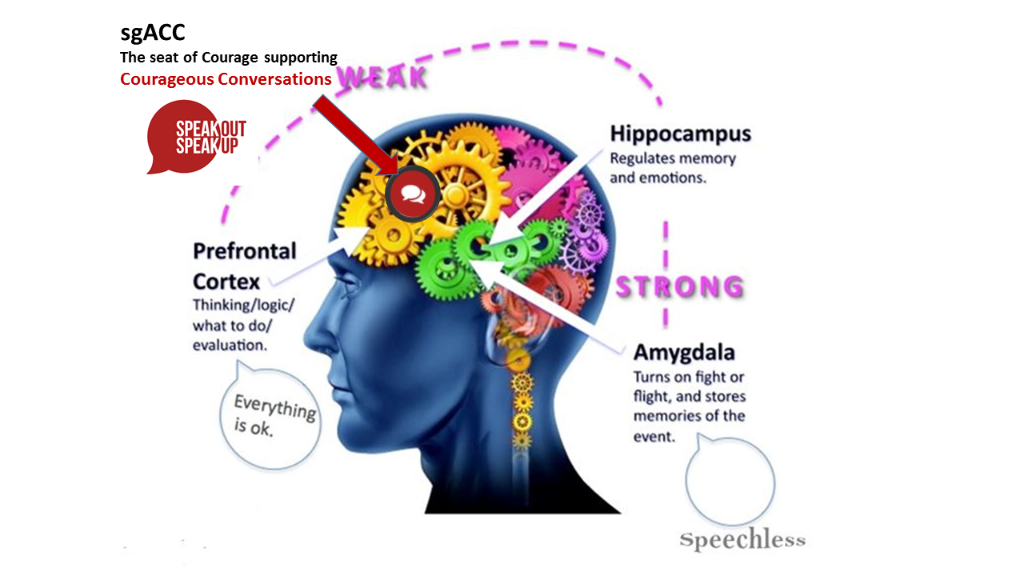 Having won an eleven year war of attrition securing justice against corporate malfeasance, I acquired an assortment of labels. Thankfully and against the odds, the labels of ‘courageous’ and ‘morally courageous’ have endured. 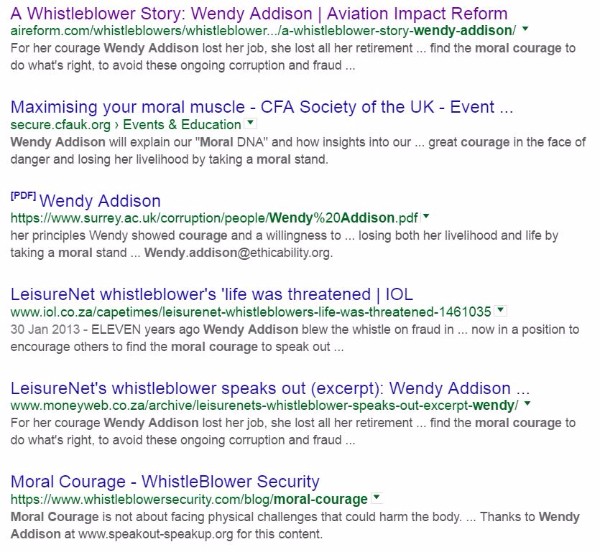 It is through my own experience, research and studies that I do the work I do now, encouraging and training for Courageous conversations to avoid a whistleblower entering the scene.

The reason behind this is that we all tell stories about ourselves, to predict how we will act in a given situation; we want to believe that being willing is enough. But when the time for action comes and fear creeps close, our overwhelming reaction is to remain silent and therefore often complicit.

Watch this 1.58min video where Sean R Martin identifies Ethical Voice as requiring the ‘most courage’, paralleled with putting oneself in physical danger. Ethical Voice is the least demonstrated or seen. (with Elizabeth W Morrison)

The origins of the word Courage come from the Latin word cor which in turn means heart. Of course, many centuries ago, it was believed that all emotions emanated from the heart but it is the brain that holds the seat of courage.

Neuroscientists recently determined just how courage works in the brain, finding that a region in our brains called the subgenual anterior cingulate cortex (sgACC) is the driving force behind courageous acts, concluding that each of us have it within ourselves to bring forth great courage if we can just learn how to use this area better.

An experiment known as Snakes in a MRI machine indicated that the mechanics of courage in the brain involves a competition between the brain regions of the amygdala, the seat of primitive fear which drives fight or flight, and the sgACC, which acts to suppress bodily fear responses.  When fear reaches a certain threshold, driven by the amygdala, you either succumb to the mechanism of fight of flight or the sgACC ignites to control and suppress the bodily fear responses, sending nerve projections into the amygdala that shut it down.  This internal, neural disagreement paves the way for courageous acts.

The results of this experiment showed a person’s fear of the snake in the MRI machine manifested in two ways – either they simply said, “I’m afraid,” or their body said it for them, with a raised body temperature leading to sweating and/or flushing . Some said they were not afraid but sweated/flushed a lot, others said they were freaked out but didn’t sweat/flush at all. But here is the interesting thing: as long as these two disagree, individuals would act courageously. It is only when the scores were high on both, sweat/flushing and fear, that people succumbed to cowardice. It is as if we have two brakes. Release either one, and we can drive on.

I recognise this from personal experience both as a seasoned skydiver when physical courage is demanded and as a whistleblower, demanding moral courage. In the skydiving context I would be aware and attentive to my fear, without sweating or flushing, allowing me physical courage.  Whilst blowing the whistle, speaking out and then managing the consequences thereafter, I am aware that I would have flushed red in the face of criticism, demands and inquiry, but not have felt afraid. This allowed me moral courage. Building the capacity for greater awareness of my emotional state, recognising my own fear-based patterns and re booting my mindset has proven to support my pro social functioning.

Courage is feeling the feelings and acting in spite of them

Eleanor Roosevelt “You gain strength, courage, and confidence by every experience in which you really stop to look fear in the face.  …You must do the thing you think you cannot do”

Mark Twain “Courage is resistance to fear, mastery of fear, not absence of fear.”

These poetic descriptions of voluntarily acting in the face of fear is a scientific reality.

Why should we care about this? Of course there is a “brain correlate” to whatever we say, think, or do. So what? What matters is that courage has been seen at work in the brain, and we all have the same basic neural equipment.  Knowing where the seat of courage sits allows us to train and enhance it.

Training the Brain for Courage

Reacting to fear or allowing it to control us isn’t automatic. Because our brains make choices between 6-7 seconds before we’re aware of it, we can choose to act courageously before consciously making the decision to do so. We can learn how to activate our sgACC to suppress and shut down our involuntary amygdala response. When we learn how to do this we can more consistently operate from our highest values and consciousness rather than our lower instincts.

Use it or Lose it. Cognitive neuroscience tells us is that courage is a cognitive ability that can be strengthened or atrophied through neuroplasticity.

When you repeatedly confront and face down your fears, you destroy their influence on you, and that’s how you strengthen your courage “muscle.”

To build a courageous character, the muscle of courage must be continually strengthened and like any other muscle we build it by using it.

Besides taking the eleven years to secure justice I recently received an email from Professor Jim Detert, who is conducting research on Workplace Courage. He affirmed my journey and my work in addition to requesting my insights into his own research. I am honoured by his reach out.

Hallelujah to the sgACC, which I would like to rename